According to the World Health Organisation (WHO), the definition of obesity is the accumulation of excess fat that may impair health.

Dr. Rasha Tarif, the head of Ain Shams University’s Pediatric Obesity Unit, kicked off the discussion by citing studies in Egypt that found that more than a third of children and adolescents surveyed were overweight or obese, with roughly two million adolescents expected to be morbidly obese within the next three years. Tarif went on to say that this can lead to consequences such as type 2 diabetes, hypertension, hyperlipidemia, and fatty liver disease.

“According to statistics from the World Obesity Federation in 2021, the prevalence of obesity among children and adolescents reached 185 million in 2021 and is expected to reach 254 million by 2030, taking into account that the percentages are higher in those with a family history of obesity,” she added.

One of the causes of obesity, according to Dr. Amr Abdel-Moneim, a professor of anaesthesia at Cairo University’s Faculty of Medicine, is an unhealthy lifestyle that includes eating at the incorrect time, not getting enough sleep, consuming a lot of carbohydrates, and leading a sedentary lifestyle.

Dr. Fojas explains that “one of the causes is that a lot of people have easier access to bad dietary items.” “Also, there’s the pandemic-induced epidemic of physical inactivity.?”

“One of the reasons is because a lot of people have easier access to unhealthy food items,” explains Dr. Fojas. “Also, there’s the epidemic of physical inactivity brought about by the pandemic.?And it’s something we should look into because obesity paves the way for future diseases like cardiovascular disease, high blood pressure, sleep apnea, certain cancers, diabetes and depression.

The earliest damage in the heart occurs in the arteries of the heart where Fatty Streaks are formed in as early as 18-to-25-year people and this is the precursor to the further change leading to atherosclerosis (block). Cholesterol, fatty acids, triglycerides in excess can get deposited in the vessel wall causing replacement of the elastin tissue which reduces the vascular compliance and also makes our arteries stiff and thereby leading to hypertension. 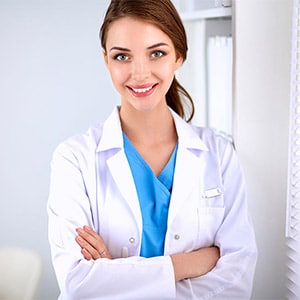